Learn from the past year, and enter powerfully into the next with a plan and insights from these amazing global coaches.
Write your awesome label here.

We are getting deep in conversation with a selection of master coaches from around the world discussing their top insights from 2020, and their best recommendations for entering 2021 powerfully and ready to succeed.

It's the end of a historical year...

This last year caught most of us by surprise and changed a lot of plans. For many, this year has been difficulty after difficulty. There have been many losses, unexpected challenges, and desperate moments. Our view of the world has shifted, as well as of each other and how we interact. Most of what happened this year, happened to us from external circumstances, out of our control, not by our choices.

Now is the most powerful time to choose a different path forward; to consciously direct and navigate the outcomes of your life. Rather than waiting to see what circumstances 2021 will bring into your life to react to, you can get clear and decide what you want  and where you want to be this same time next year.
Join these master coaches as they share insights and perspectives on this last year and great suggestions for empowering yourself and creating a conscious and deliberate plan for next year. It's time to move forward...and to know you are not alone.

Profiled extensively in the media, she has been featured on several magazine covers, received numerous recognitions including the Forbes and Oprah Winfrey O Power lists for Africa. She is also a Board Member of the African Leadership Institute (AFLI) and a founding member of Facebook’s Group - Global Initiative 'The Boost Leaders Network'.
ON IMAGINATION

Finding the "I" in Intimacy: How to Use Your Relationships as Catalysts for Personal Growth

Mona Green is a speaker, life coach, and artist defined by her curiosity and her capacity to help others self-realize and become more intentional and joyful contributors to society.  She has coached people from all walks of life including Olympic athletes, Hollywood entertainers, European royalty, and Navajo youth.

She was selected by the Obama Administration as a leading change maker in the fight towards gender equality and as a speaker she has shared her message at the US House of Representatives, Harvard University, and the US Department of State.

Mona has been featured on television networks including ABC, NBC, CBS, and FOX, and in publications including The Washington Post, Parade Magazine, and Teen Vogue.
ON IMAGINATION

Moving from Surviving to Thriving

Rodolfo is a former special operations solider turned motivational keynote speaker.  He has shared the stage and been featured alongside many of today's top thought leaders, and is an international author of several "practical wisdom" books.

He is also the founder of BrillianceEDU and the Inspire 1 Million Hearts movement.
ON IMAGINATION

Jason Campbell is a powerhouse sales expert and author of an upcoming book on "selling with love" .  He is also host of the popular podcast - Superhumans at Work.
ON IMAGINATION

What Feminine Power Is & How We Activate it!

Layla El Khadri is a feminine leadership coach & author, and the
creator of PRESENCE, RADIANCE & YOUNIQUE Online Trainings.
Layla is a passionate mentor with the mission to inspire women to embody their potential, reclaim their radiance and tap into their Feminine Power.

Her journey has taken her from Ancient Wisdom and Cutting-edge studies into the most powerful tools to activate human potential.
ON IMAGINATION

...this interview series can help you...

This is your chance to set the trajectory of your next year.  Learn from the challenges of this year, get clear on what results you want in the future, and start taking the steps toward that desired life.
Meet the HOST

Rodolfo is the founder of The BrillianceEDU and a master speaker on relationships, self-discovery, personal development and habits for success and happiness.  He has been featured alongside many of today's top thought leaders and enjoys sharing wisdom from his home in Bali, Indonesia.
Rodolfo Young
Drag to resize

Yes. We have a 7-day satisfaction guarantee. Our only stipulation is that you actually viewed and engaged in your course.

No, your access will not expire for this course.  You can also get the Brilliance Bundle which is LIFETIME access to all our premium courses now and into the future!

Do I need any additional skills to complete this course?

You need only an open mind, curiosity, and willingness for self-growth.
Drag to resize

You are almost complete... 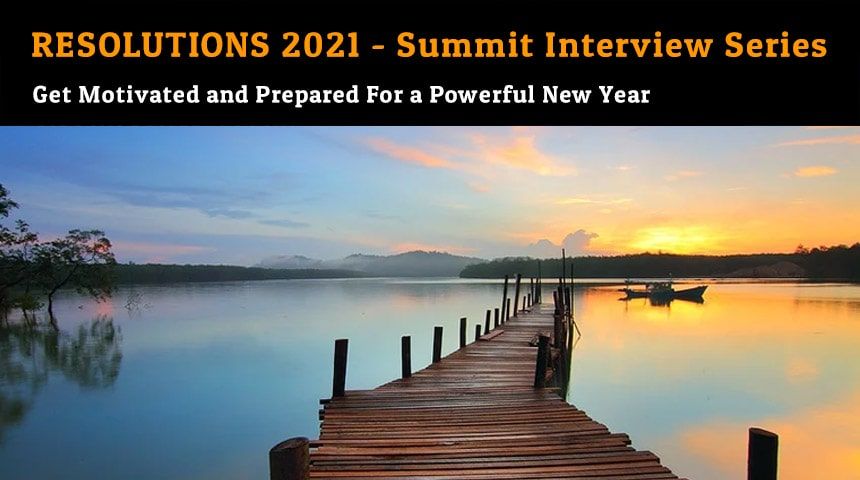 Guaranteed Security using one of the most advanced encrypted systems on the market.
The information in this page is being processed and encrypted securely using industry-leading encryption and fraud prevention tools.